Malaysian cuisine has been historically influenced by a myriad of cultures from around the world. This is similar to Kantan’s brand story. The highlight is that this heritage has developed over generations and is now reflected in our national identity.

We are primarily focused on unleashing the prominence of Malaysian cuisine that has lost its touch with the continuous lookout for quick-to-make recipes in this modernized era. Many of us rarely have the time to indulge in traditional cooking anymore due to our increasingly busy lifestyles.

Hence, we strive to conserve this heritage by introducing our Kantan pastes.

Backing up with the history, our founder, Ming, was profoundly inspired by his mother throughout his journey with food since young. His mother, fondly known as Aunty Annie, a Penangite, had a deep-rooted passion and influence with the Malaysian traditional and heritage cuisines.

Over 40 years of experience 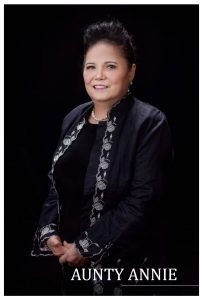 Over 40 years, she learned various repertoire of Malaysian and Asian cuisines, testing and tweaking to meet the yummiest taste as they should be. Simultaneously, she developed well-rounded culinary skills and honed her recipes making them a tightly guarded family secret.

As the next of kin, the heirloom recipes had been passed down to our founder, Ming and now he is in the all-out to make your taste buds go ga-ga with your own flavorful Malaysian dishes from the comfort of your home.

We strive to conserve our very own safeguarded recipes and share them with people around the world. Each recipe took years of testing and tweaking to ensure optimum taste, especially for the most exquisite taste buds.

Shopping Cart
There are no products in the cart!
Continue Shopping
0